Unai Emery has been announced as the new manager/head coach of Arsenal football club according to statement on their website http://www.arsenal.com. Although the news is expected this morning at some stage (DiajemSports reported last night that his appointment announcement will be made this morning) since Unai broke the news himself last night on his personal website.

Unai Emery is a 46 year old Spaniard who previously spent three seasons with Sevilla, leading them to an unprecedented three consecutive Europa League titles and established the club as a major force in the Spanish league.

“Unai has an outstanding track record of success throughout his career, has developed some of the best young talent in Europe and plays an exciting, progressive style of football that fits Arsenal perfectly. His hard-working and passionate approach and his sense of values on and off the pitch make him the ideal person to take us forward.

“We conducted a confidential, wide-ranging and rigorous search involving extensive background references, data and video analysis, and personal meetings with all the candidates we shortlisted. All were interested in the position and we were unanimous in our choice of Unai to drive the next chapter of our history.” 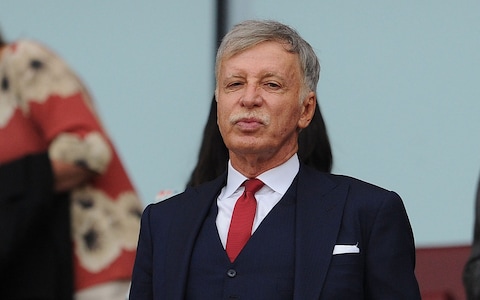 “We’re delighted to welcome Unai to Arsenal. He’s a proven winner. We’re confident that he is the right person for the job and that he will work to deliver the triumphs our fans, staff and everyone who cares about Arsenal want.

“Several things stood out during his interview and the entire process; his football knowledge, energy, determination and love of the game. His familiarity with our club and our players, the Premier League and the game in Europe were all very impressive. He shares our vision to move forward, to build on the platform created by Arsène Wenger and help this club enjoy greater success.”

“I am thrilled to be joining one of the great clubs in the game. Arsenal is known and loved throughout the world for its style of play, its commitment to young players, the fantastic stadium, the way the club is run. I’m very excited to be given the responsibility to start this important new chapter in Arsenal’s history. I have met Stan and Josh Kroenke and it’s clear they have great ambitions for the club and are committed to bringing future success. I’m excited about what we can do together and I look forward to giving everyone who loves Arsenal some special moments and memories.”

Unai Emery appointment to me is the best among the rest, he has a winning pedigree from his days in La Liga to one sided french League 1, been there done it on territories where Arsene has failed woefully, that is in Europe. Yes, he hasn’t won the UEFA Champions League but has done the UEFA Europa Cup with less quality team than that of Arsenal. More over he is a much better option than Mikel Arteta or Patrick Vieira with no outstanding experiences.

Unai is also experienced in dealing with over pompous, over hyped and average players who thinks they are super stars because of the club they are and manger involved.  lets all hope he can turn the team around and get rid of over rated and deadwood players in the team.  And hopefully get the team to start playing the beautiful game again the way we know.

Unai started his coaching career at Lorca Deportiva in 2005 after playing mostly in the Spanish second division. He went on to coach Almeria, Valencia and Spartak Moscow before joining Sevilla and Paris Saint-Germain.

The premier league is even gonna get more exciting next season, is like we gonna have all the great managers around the world in the game right here. happy days.

The most exciting league is about to get even more exciting. Even West Ham United managed to get Manuel Pellegrini as their new manager.

We now wait for Chelsea’s new manager to join the rang.