Thierry Henry has finally been announced this Saturday as the new manager of Ligue 1 side Monaco, following the dismissal of Leonardo Jardim two days earlier.

The world cup winner took a bold step into management and  was very happy with his new challenge at his boyhood club, the club as it is, not in a good position in the league but are still very much in Champions league and still have some good players left in the team.

Thierry will have to stop the club selling culture if they really want to compete with PSG in the league. The club is known for producing great players and selling them on for huge profit.

The 41 year old Arsenal legend had been linked with Aston Villa job in the past and most recently again before Dean Smith’s appointment on Wednesday, as well as the Egypt national team.

There was a report in one of the national daily’s talking about two Premier league legends taking over at Aston Villa, Thierry Henry as manager and John Terry as the assistant. That partnership wouldn’t have been successful at all.

Posting on Twitter, Henry said the lure of returning to the club where he made his professional debut in 1994 was too great to resist. Henry revealed that he turned down “some very attractive offers” before signing a three-year deal as Monaco new coach.

“It is with great pride that I have accepted the position of manager of Monaco,” he said.

“I was fortunate to receive some very attractive offers over the last few months but Monaco will always be close to my heart.

“Having started my footballing career with this great club, it seems like fate that I will now begin my managerial career here too.

“I’m incredibly excited to be given this opportunity but now the hard work must begin. Can’t wait.”

His first game in charge for Monaco is a visit to Strasbourg on Saturday in Ligue 1 before a meeting with Club Brugge in the Champions League four days later.

Thierry Henry, in my opinion has taken the best suited job to him, his vision and knowledge of the game and his international pedigree.

A managerial job at the very highest level of the game reminds me of one Pep Guadiola of Man City today,  when he was given the node to manage Barcelona on his first main coaching job and boy, he did not disappoint. Thierry going straight into a Ligue 1 team and second match of his managerial career will be a champions league match is more like a ferry tail.

This is where he belong, not Aston Villa with no disrespect to the club, and not Egypt national team either. 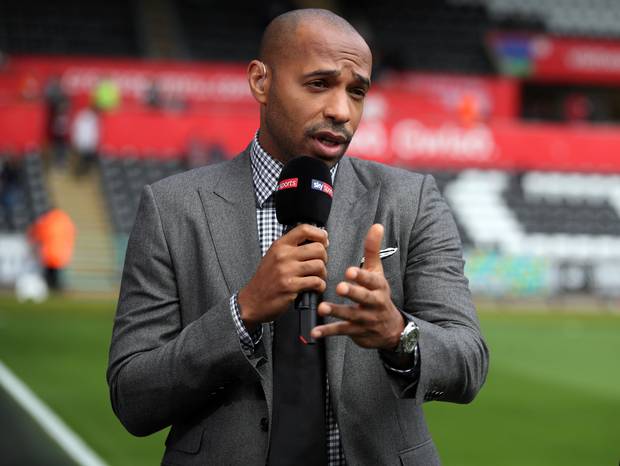 He left his lucrative sky position after the World cup to pursue his managerial career and i think he has made the right decision and at the very right time.

Sources said his contribution to the success of the Belgian national team in the just concluded World Cup was immense.

We can only wish him the very best of luck. Good luck VaVa Voom.