During the early stages of this season’s English Premier League (EPL), several reports noted that audiences for games broadcast on satellite television had started to decline.

Naturally, this was of concern to the various stakeholders, not least the broadcasters that had just paid record fees to secure EPL rights. Recently, Sky’s six-months results highlighted a fall in viewing figures. At the same time in the United States, commentators were making similar observations about the National Football League. Many highlighted the changing consumption habits of television viewers, in particular millennials.

Sport broadcasting maybe standing on the cusp of profound change, with new generations of viewers more likely to be accessing ninety second clips of games on YouTube or second screening and live streaming to a smartphone than sitting and watching a game on television for ninety minutes.

Moreover, with the use of mobile devices now ubiquitous, and the emergence of platforms such as Periscope which enables 90 seconds and/or 90 minutes, the when and where people watch sport has changed massively and will continue to do so. Today’s generation want to engage with football or sporting content as its been consumed. No time to waste, streaming enables a different level of interaction with audience.

The deal is for one year and the pact is worth about $50 million, a major increase over Twitter’s rights deal last year that had marked the league’s first package with a streaming service.

To be clear here Amazon is only to live-stream just 10 games for $50 million, $40 million more than what twitter paid for the same number of matches last year.

Under terms of the deal, games will be available only to subscribers of Amazon’s Prime service both in the U.S. and internationally in more than 200 countries Conversely, fans who wanted to stream games on Twitter last season could do so by signing up for the social media service free of charge.

The Thursday package will also still air on TV, with CBS and NBC splitting the broadcasts for the 2017-2018 season and all those games also live on NFL Network.

“This fits our strategy of integrating video,” Twitter COO Anthony Noto said during an early December interview. “Twitter had 300 live broadcast hours [from August through November]. The NFL accounted for less than 25 of those hours.”
Through a deal with MLB Advanced Media, Twitter shows one NHL game per week. It carries live college games through deals with Pac-12 Networks (for Olympic sports) and Campus Insiders. Twitter also has streamed PGA Tour Live coverage and E-league competition

Noto said the NFL deal helps Twitter achieve another of its goals. Many reviews of “Thursday Night Football” raved about the viewer experience, especially when compared with the online efforts from traditional TV networks. Rather than using a cumbersome authentication process, users could access Twitter’s video feed with just one click. Video quality was generally excellent. And the Twitter scroll provided a level of interactivity that TV networks could not match.

The Dec. 1 game that featured one of the NFL’s biggest TV draws in the Cowboys, produced the biggest TV audience in “Thursday

Photo by: GETTY IMAGES
Night Football” history. It averaged 21.8 million viewers on NBC and NFL Network. It also set a “TNF” record for streams, with Twitter, NBC Sports Digital and NFL Digital combining for an average minute audience of 479,000 viewers.
Through the seven games, 70 percent of Twitter’s “TNF” audience was under the age of 25. And close to 25 percent of the audience was international. This is the key area of streaming advantage over cable tv, streaming appeal to younger or millennium generation across the globe, NBC and NFL networks are local Broadcast while streaming broadcast cut across international borders.

Highly interactive, audience want to engage with content as its been consumes in this generation. This generation now prefers to watch a stream on their portable device than sitting in front of a TV set for 90 mins or more, they also like to share content of what they are watching right there and then to friends.

Now this streaming deal is now Amazons for 2017/18 season and will be streamed across 200 hundred countries, this far reaching beyond conventional cable broadcasting and tv right laws.
More to the point, Noto said that Twitter has benefited from the NFL deal, helping it cut distribution deals that made its app available on connected TVs.

All social media platforms are now trying to get involved in sport steaming at various level, Yahoo live-streamed a Bill-Jaguars game in Week 7 from London in 2015.

You Tube is also interested in live streaming of champions league match at some stage, Facebook has been used to live stream all kinds of sporting activities, the ongoing NBA development league is been streamed live on Facebook on Thursday the 20th 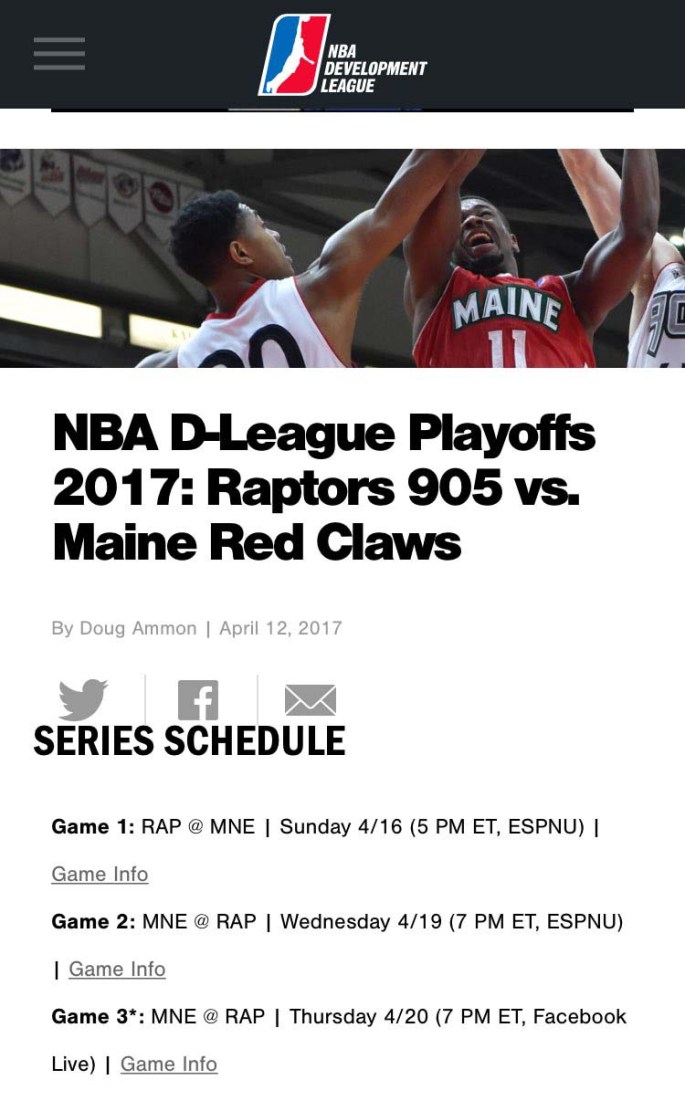 and at one stage was Facebook Periscope was used to live stream a premier league match by a fan in the stadium, the response worldwide was just unbelievable.

Steaming is the future of football, sport or football game will still be on the cable channel but to reach wider audience and for maximum fan engagement streaming is the way to go

Right type of Streaming Model will hit the premier league or European football soon rather than later.

This is the future of broadcasting and need to be embraced here, maybe this model can be test run with lower league games, College football and other sports in the country.  Imagine a live streaming of an FA cup first round matches worldwide.

Real Madrid with 100 million subscribers on Facebook, even if only 25 million of them are active members that could subscribe to their live streaming matches, that will be some serious extra revenue for the football club on top of the present television deals.

Live streaming is a huge market to be embraced and not to be thrown under the carpet, Gone are the days when picture or video quality are not great, today the quality is as good as normal cable broadcast.

A classic example is Bein Sport which has become a very successful sport streaming channel with a large audience worldwide, they cover all sports across the world. Very interactive, you can choose camera angle at which you want to see the game as much as all kinds of statistics and highlights