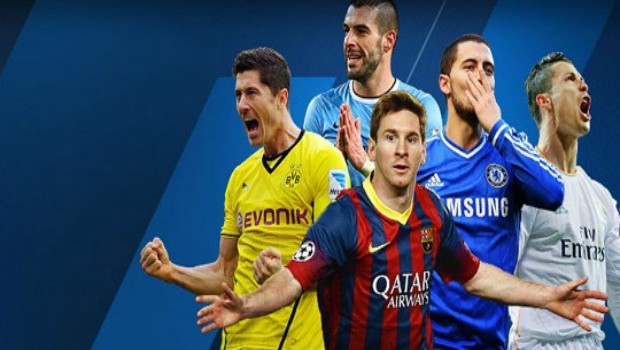 The whole of Africa is crazy about sport especially football, the people love football and when you visit places like Lagos or Accra on a European football nights you will actually thing Arsenal, Chelsea, Man United, Barcelona or Real Madrid are local clubs within their community.
African men and women will hang out  in local viewing places known as little stadium to watch Premier League, La Liga, or Champions League games.
As they hang out with friends on those evenings watching a high-energy football match by their favourite teams, there’s also something big happening behind the screen people just don’t realise, Which is BETTING.

This October, A new betting company arrived Africa again. Bet Lion and they are looking to set up shop in Uganda to tap the vibrant betting environment in the country.
Officials from the UK-based betting company are in Uganda to carry out due diligence on the market. The officials are meeting various stakeholders in order to get and assess the viability of the betting market in the country.
Mr Michael Gary Carlton is the current vice chairman of the Gibraltar Betting and Gaming Association (GBGA) and also director and principal of Bet Lion, in a media briefing in Kampala last week, said they have set up a new betting gaming business called Bet Lion and are looking for new territories to establish the brand and start operations. (Bet Lion is not a company I’m familiar with in UK Though)
“We are looking closely in Uganda and are very excited with what we see. Uganda has great mobile money solutions and growing internet base which is very impressive,” he said.

According to the Uganda Communications Commission 2016 Annual Market and Industry Report, the number of registered mobile money telephone lines increased to 21.5 million as at the end of 2016 up from 21.1 million registered in December 2015.
Bet Lion offers betting opportunities in football games in different leagues and other sports.
Mr Carlton said they are going to invest in the best of technology from Europe and are teaming up with various mobile money suppliers and looking to tap in to the opportunities in Uganda.

Gambling Responsibly
Mr Oliver Bates, the chief executive officer of Bet Lion, said they are going to use technological tools to ensure that the betting is done responsibly. (I don’t know how this can be achieved but we wait and see how they can control people using their platform to gamble responsibly)

He said they have algorithms which will monitor behaviours of gamers and also be able to show them indications of addictions, poor use of money and as such help them to ensure that betting is done responsibly on the market.
Locally, the regulations set a minimum age of 25 years for anyone going into gambling premises and the government wants this strictly enforced.

Sports is no longer just about entertainment in Africa. It’s also about making (and losing) money. A lot of money.

A lot of emotions been displayed while they watch the game has got to do with betting as well.

According to a recent investigation, roughly 60 million Nigerians between the ages of 18 and 40 are involved in active sports betting. On average, these punters spend around 3,000 Naira (about $15) every day on bets.

In South Africa, government statistics show more than half of the adult population is involved in gambling activities, predominantly sports betting, on a regular basis.

This trend is roughly the same across West, Central, East and Southern Africa.

In the 2014 Gambling Outlook Report released by PricewaterhouseCoopers, the combined size of the betting market in Kenya, Nigeria and South Africa is projected to be worth nearly $37 billion by 2018. Yes $37 Billion and that’s from  just three countries in Africa. The football super mad ones. Ghana is also a super football crazy nation and if their statistics is added, will be mind blowing.

While Africa is still regarded as a poor continent where up to 40 percent of people live below the poverty line, but the continent is also fast emerging as one of the most promising and lucrative markets for sports betting in the world.

Various betting businesses/Companies in Europe and the US are seriously expanding into Africa as they position themselves to tap into the explosive growth opportunity in sports betting on the continent.

They may be right, but betting still has its critics and dangerous effects on the continent. It might be offering quick cash to some punters but is taking a lot from others who are already under pressure due to the economic climate in the region.

The Islamic region in Africa tends to condemn betting activities in their part of the continent but that does not affect the explosion of the business in Africa.

However, some countries like The Gambia and some Muslim-majority countries on the continent have placed outright bans on betting or have very strict rules and restrictions around betting of any sort.

Why Africa and what makes it so lucrative for betting companies.

If Africans are spending huge sums on betting despite poverty in the region, and sports betting companies from across the world are spreading into Africa, then there’s got to be good reasons for it. As stated By www.smallstarter.com the following are the reasons behind the sudden explosion.

“Africa has the youngest population in the world, with over 200 million people aged between 15 and 24.

In addition to its very youthful population, a high number of these young people are unemployed. ‘Official’ unemployment rates in some African countries are as high as 25%, while in places like Nigeria could be around 60%.

What does youth and employment have to do with sports betting, you may ask?

Young and unemployed Africans make up the bulk of the target market for sports betting in Africa. Betting provides them with an opportunity to earn an income, while keeping them stimulated by sports, a strong attraction for many young Africans.

Africa’s population is expected to double by 2050. By then, the continent will have the largest population of young people in the world.”

This will be a potential source of growth for the sports betting industry and any other company that cares to invest in Africa.

2) A high potential for addiction

Alcohol and cigarettes are popular consumer products across the world, and sell huge volumes every day.

Both products also have something in common with sports betting. They’re very addictive. (don’t start is the only way out)

The biggest attraction of sports betting is its value proposition: it costs you almost nothing, but you can win a lot of money. That’s what makes it addictive!

Across the continent, with bets as little as $1, people can win up to $500. It’s this possibility of higher returns that lures millions of Africans, including the poor, to ‘invest’ in sports betting and also their emotional attachment to their chosen team.

Given this potential for profit, it’s no surprise how sports betting becomes an addiction for millions of people on the continent who place bets daily and weekly.

And even when they don’t have the money, they borrow and get more and more deeper in debt, they always believe they will win tomorrow and sometimes some tomorrow may never come.

3) Strong sports fan base on the continent

Africa is a sports crazy continent.

Although football takes the lead with the highest number of fanatic fans on the continent, there’s also a huge following for cricket and rugby in Kenya, Zimbabwe and South Africa.

European football leagues (especially the English, Spanish, French and Italian leagues) have millions of fans on the continent. A very huge market which European football clubs are arrogantly ignoring consistently while chasing other areas in the world does not love football that much. The betting companies seems to recognised this and thus taking advantage of it.

There’s also a lot of betting that goes on for tennis, basketball, hockey, boxing, car and motorcycle racing, horse races and several other sports.

Africans bet on the outcome of games, number of goals (points), which players would score, etc.

Africa’s strong and often fanatical interest in sports makes it a very promising market for the sports betting business.

Due to more stringent laws and increasing regulatory pressure on sports betting companies in the US and European markets, many of them are branching into emerging markets like Africa, where most laws on betting are relatively lax.

Except for South Africa which is a more established gambling market, betting laws in most other African countries are quite recent, and regulation is still poor.

This lax regulatory environment, while potentially dangerous to consumers, provides an attractive incentive for both local and international betting companies to enter the African market.

However, countries like The Gambia and some Muslim-majority countries on the continent have placed outright bans on betting or have very strict rules and restrictions around betting of any sort.

5) Growing internet penetration and widespread use of smart phones

As one of the world’s fastest growing markets for mobile phones, the widespread use of mobile phones in Africa has been a positive game changer for the sports betting business.

More Africans can now place bets from the comfort of their homes via mobile phones.

These days, sports betting is available by SMS and over the internet. Every day, it’s getting easier to pay and play.

While it can be hard to get information about the financial performance of betting companies in Africa, you can always spot the big boys by their spread (number of outlets and presence in several countries), and their popularity among punters.

There are now over 2,000 different sports betting companies on the continent (many of them unlicensed), and this number is expected to grow.

Below are some of the top performers from across Africa:

Sport Pesa is arguably the biggest sport betting business in East Africa, with a very strong presence in Kenya and over 1 million registered users.

This business, which only started operations in 2014, now sponsors a long list of sporting events across the region, including the Kenya Premier league to a tune of KSh360 million ($3.5 million)

Sport Pesa enjoys partnerships with leading banks, telcos, radio stations and media houses in Kenya. This has helped to strengthen its lead in the sports betting market in East Africa.

Based in South Africa, Supabets is fast expanding across sub-Saharan Africa. It now has businesses in Nigeria, Ghana, Zambia, Zimbabwe, Kenya, Tanzania and the Democratic Republic of Congo.

With floor pay outs of up to 1.5 million Rand (roughly $100,000), Supabets is one of the leading businesses in the highly competitive sports betting market in South Africa.

Bet9ja is one of several homegrown sport betting businesses in Nigeria that’s doing its best to overcome the intense competition in the market.

It’s arguably not the market leader in Nigeria by a long shot, but its highly visible promotional campaigns make it one of the most promising businesses to watch on the sports betting scene.