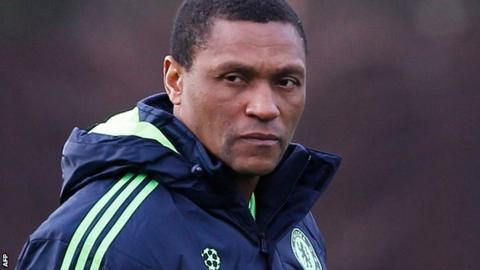 A very influential Technical director Michael Emenalo has left Chelsea after 10 memorable years at the club, a serious blow to Roman Abromovich and Chelsea Fc.

Emenalo worked with 10 different managers during his time at Stamford Bridge and was seen as owner Roman Abramovich’s advisor and right-hand man.

However, a frustrating summer in which Antonio Conte felt he wasn’t given the players he needed to move the team forward saw tensions grow between the manager, Emenalo and director Marina Granovskaia which subsequently lead to the ex Nigerian international to end his relationship with the club.

Details of this development is yet to be fully revealed at the moment, How a man who gets some of the finest to ever played for the club was now not able to deliver the desired players for Anthonia Conte in the last transfer window remains a misery.

He will be missed because a lot happened under his watch at the club and the club has always been moving in the right direction. Changing Managers at will and still winning trophies which is the desired results.

He was the Kings hand to King Abromovich at the Chelsea’s Den, it strikingly comes to mind the sacking of the then Special one Jose Mourinho on his second time with Chelsea Fc, ruthlessly done with minimum fuse on instruction from the King.

In his word – “Michael Emenalo said there was a ‘palpable discord’ between José Mourinho and his players at Stamford Bridge” and he was depersonalised hours after his sacking, by unwittingly giving a new nickname, The Individual. (From special one to an individual over night)

Avram Grant was Chelsea boss when Emenalo first joined the Blues as a scout in 2007 and the Nigerian was promoted to first team coach during Carlo Ancelotti’s tenure.

He was hugely influential in the signings of the likes of Eden Hazard, Cesar Azpilicueta, Thibaut Courtois, Kevin De Bruyne and Romelu Lukaku and Chelsea won three Premier League titles, the Champions League, the Europa League, the FA Cup and the League Cup during his spell in West London.

An official announcement has not been made yet but the club are expected to appoint a successor before the transfer window re-opens in January.

To get players transfer done on time next transfer window the position of a technical director can not be left vacant for too long.

A man of such pedigree will not be out of work for long in football business.